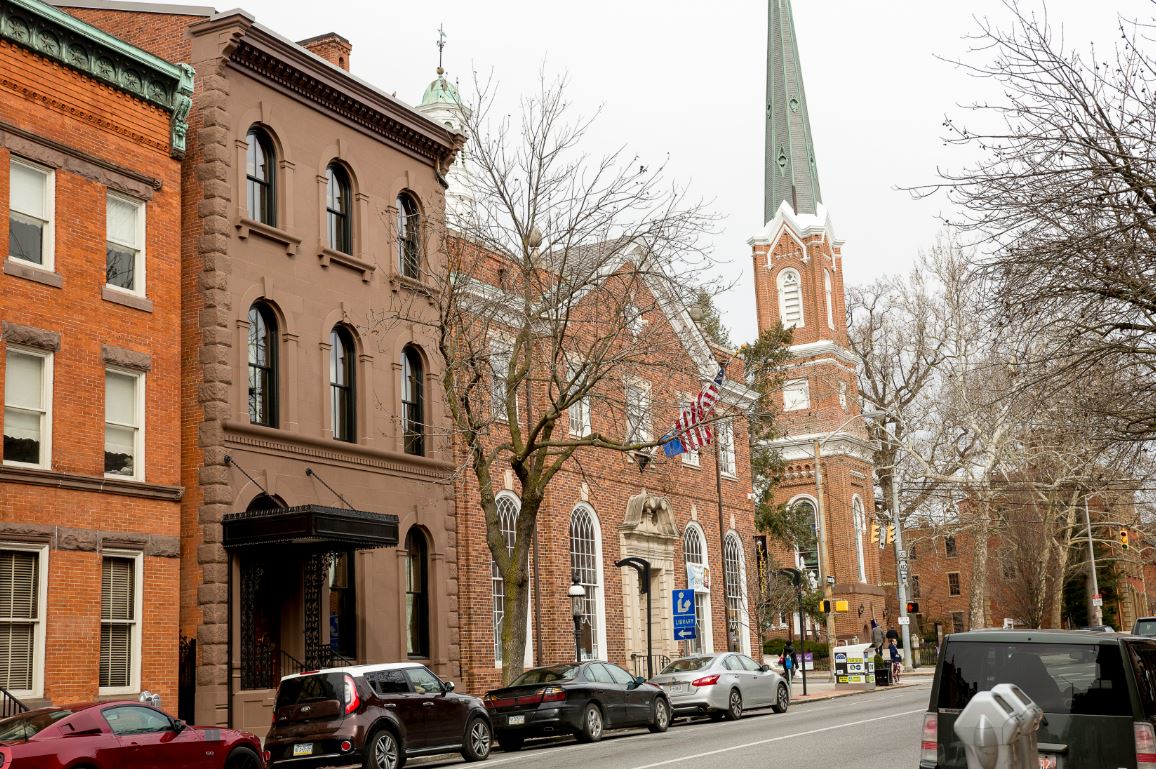 In 2017 there was quite a bit of noise and dust, sidewalk closings,  stacks of stone, and general inconvenience on the corner of Market and Queen Streets in York. The Brownstone building was undergoing a much-needed facelift. As you can see, the restoration was successful and the building looks amazing. 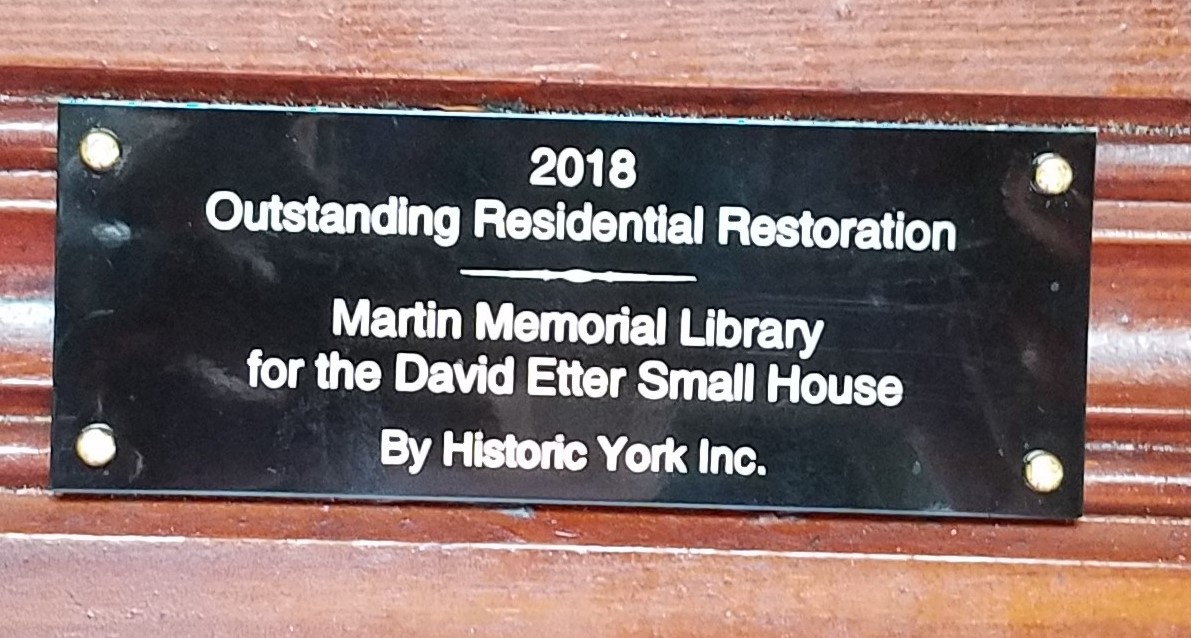 Martin Library and our partners in the project were honored for restoring “one of York’s cherished architectural gems.” The award was presented on Monday, June 19, 2018 by Historic York, Inc. It was accepted by Zach Zimmerman, York County Libraries Facilities Manager. Other award winners include Dills Tavern, Handsome Cab and the Hoke House.

History of the Brownstone

Built in 1866, the Brownstone building at 153 E. Market Street is a local York landmark. It is commonly referred to as the Brownstone, due to its unique and complete brownstone façade.

Railroad car manufacturer David E. Small and Charles Billmeyer (partners in Billmeyer & Small) both built elegant family residences along East Market Street in 1866. The Italianate-styled architecture of both homes was popular around the Civil War era.

The Small home, the three-story Brownstone building, is designed with quoined corners and frieze trim above the street level and roof-line. Three round-headed bays at each level are embellished with columnar imposts and keystone Roman arches. The carriage house at the rear of the property was part of the original construction.

An addition to the home was completed in 1872. The home remained in the Small family for almost 100 years as a residence. In the early 1940’s the residence began a series of alterations for a variety of commercial and professional uses, as well as apartment units. A cast-iron marquee on the front entryway was added and became part of the identity of the structure. Most remembered of these tenants is the photographic studio of Henry M. Blatner, who associated the Brownstone House name with his moniker. Ultimately, the structure would extend from the home to the carriage house continuously.

Susquehanna Broadcasting Co., a subsidiary of the Susquehanna Pfaltzgraff Company, purchased the building to accommodate their expanding corporate needs in 1980. Throughout their various upgrades and usages they have adhered to the dictate of preserving the historic elegance of this grand edifice, from its exterior façade to its beautifully appointed interior.

The courtyard that separated the Brownstone Building and Martin Library was re-designed and landscaped in 1981 as a gift from the Susquehanna Broadcasting Co. to the library.   Doors opened from the library’s Main Reading Room to this outdoor reading area where patrons enjoy a picturesque and tranquil atmosphere.

The Susquehanna Pfaltzgraff Company gave another generous gift to Martin Library. They donated the Brownstone Building to enable the library to expand its quarters.   Martin Library is located at 159 E. Market Street, on the corner of Market and Queen Streets. Groundbreaking for the expansion took place early summer 2003, Martin Library and the Brownstone building were architecturally joined into one beautiful structure through a $6 million restoration, renovation, and expansion project. The courtyard is now the breathtaking three story Atrium of Martin Library.

Current Use of the Brownstone 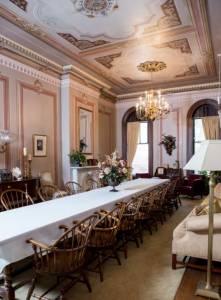 Currently Martin Library features the Small Bookshop at Martin Library, named to honor the Small Family, not to highlight the size of the used bookshop. Items in good condition that are donated to the library are sold at fantastic prices. Looking for a gift, you may just find what you need for your Grisham, Patterson or Evanovich fan.