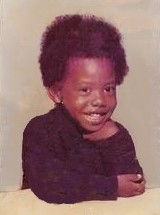 When I was a kid, I wanted to grow up to be an NFL running back. It was a dream many would describe as wild, but my parents always supported and encouraged me. York County should be doing the same to help our kids reach for their dreams.

Recently, I was told that it takes 1,000 days to build a brain. This window of time is critical to a healthy and prosperous future. Research has shown that reading regularly with young children stimulates brain development, improves literacy and strengthens parent-child relationships.

Our children are our greatest and most precious resource. We all have a vested interest in their success. Their triumphs are ours. When they succeed, York County succeeds.

Every child in our county – regardless of where they live or where they go to school – deserves a chance to achieve their dreams. We’re going to give them that chance. Robert F. Lambert takes on the role of President of York County Libraries with more than 25 years of experience building and driving revenue-generating operations. By thrusting the library into the community and building partnerships with a wide array of nonprofit organizations and schools, Mr. Lambert has shifted the libraries’ perception from a “place to check out books” to an entrepreneurial organization that delivers quality services beyond expectation.

Mr. Lambert began his career with the Martin Library in 1990 as a Reference Librarian. He progressed steadily through the ranks serving as an Associate Director of Operations as well as the Director of Strategic Partnerships. During his tenure as a Director, he generated more than $1M in revenue by growing a small number of alliances into a strong partnership program as a key component of the library’s Advancement Plan.

From 2008 to 2016, Mr. Lambert served as an elected official as the Controller for the City of York. Here, he took over an $89M budget and oversaw the soundest investment of every dollar. As a result, he improved the City’s financial condition by reducing budget shortfalls, pension and healthcare liabilities and infrastructure asset management challenges.

In addition to this, Mr. Lambert is the Founder of LibrariesFeed ™, a nonprofit organization combining agricultural literacy programs with nutritious meals to at risk youth in public libraries nationwide.

Mr. Lambert has been and is an active member on numerous boards and committees, including serving as the Board President for Crispus Attucks YouthBuild Charter School for 10 years. He belongs to various professional organizations such as the American Society for Public Administration, American Library Association, Rotary International, and the Pennsylvania Library Association.

Mr. Lambert’s academic credentials include a MPA Degree in Public Administration from The Pennsylvania State University, MLS Degree in Library & Information Service from the University of Pittsburgh, and a BA Degree in Speech Communication from York College of Pennsylvania. He has completed a multitude of continuing education/professional development coursework, including Stanford University’s Executive Education program in Social Entrepreneurship.