Could The Next Great American Novel Be Written By….Artificial Intelligence? 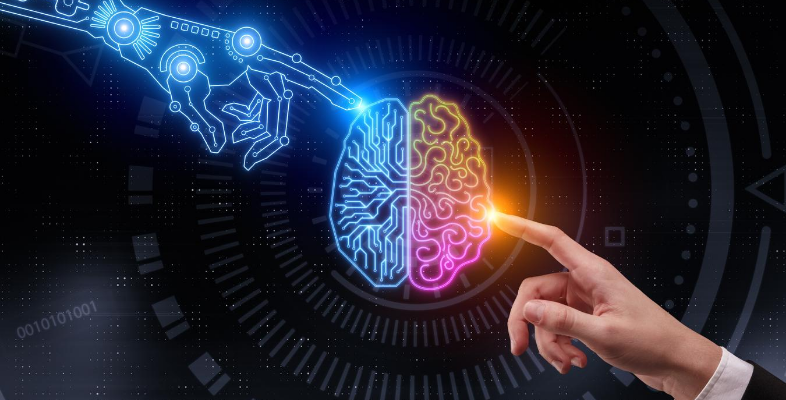 Artificial intelligence, as defined by the Merriam-Webster Dictionary, is “a branch of computer science dealing with the simulation of intelligent behavior in computers” or “the capability of a machine to imitate intelligent human behavior“.
Imagine going to a website, typing a few words, and having a computer program write the next couple paragraphs for you. I did just this using the website https://talktotransformer.com/
(Currently, tinkering with this site has become difficult since those who designed the technology have switched from being free to requiring payment due to economic hardship during the current Covid-19 pandemic. However, while the technology was still free I entered a few prompts to see what would generate.)
Here is an example:
I entered “Hailey and Rax“
The artificial intelligence program then generated the following:

“Hailey and Rax played baseball, something they never looked forward to. Neither did the pitcher, who has since told the Sacramento Bee that it was just the best use of his time.
But a miracle happened when the General Welfare Board of the California Church of God decided to try it, they both found a mentor in the best coach they had, and…wait for it…both won.
Norse Press later found “The Miracle Man,” William Werner, who had coached in Sacramento and made that miracle happen. Werner said a pregnant woman approached him, told him that the teenage girls were leaving Rax and Shelly’s church, and that they needed a coach to carry the team on to a larger, adult congregation. His answer according to”

As you can see, the technology is far from perfect. It can only generate a couple paragraphs and suffers from short term memory loss. (Did you notice how quickly “Hailey” was forgotten and replaced with “Shelly”?)
Advanced programs are capable of doing even more. For example, a data scientist could compile information about every song by a certain artist and then have the computer write its own song in that artist’s style.
But how will this technology affect literature? People have admitted to using artificial intelligence programs to get through writer’s block and even to write college papers. What would happen if an author used this technology to write an entire book?

Would such an author still be considered the sole author? Or merely an editor?
Should the person or people who created the artificial intelligence program used receive any, if not all, of the credit?
Would a novel written mostly by artificial intelligence “count” as literature?
Is using this technology a form of cheating or plagiarism?
Does this technology have the potential to make life easier for humans, or is this a dangerous territory we are headed for?

Think about it and then share your opinions and concerns regarding artificial intelligence!
~Rax F, Library Assistant