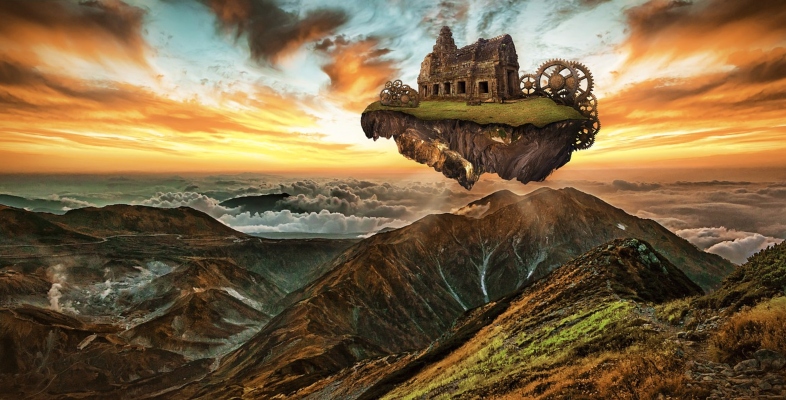 Yes, it is funny, though I can understand if you do not think so.  Much of it seems to take itself too seriously to consider the making of even a single joke.  There is a lot of important questing, sword-drawing, and oath-taking.  Battles must be fought, and treasures must be won.  Who has time to be funny?

Fortunately, there are several writers who combine speculative fiction with a good sense of humor.  Chief among these is Terry Pratchett.  Because of his enormous commercial success (total copies sold is currently aiming towards 90 million) it would be accurate to call the genre of comedic speculative fiction the Pratchett Way.  Here are some of the writers who practice it.

As always with such lists, I could go on and on. Indeed, the genre goes back centuries, literally.  Mark Twain wrote A Connecticut Yankee in King Arthur’s Court using time travel for his satiric purposes.  Many readers often mislabel Swift’s Gulliver’s Travels as a children’s book when it is, in fact, a very funny and very adult satire.  The very roots of Western literature, the ancient Greeks as personified by Aristophanes, combine the mythic doings of the Gods with laughs.

Postscript: occasional guest blogger, Amethyst Magee, is a huge fan of A. Lee Martinez and even corresponds with him on occasion.  I am in process of soliciting a more extended introduction to his work.