There's A Whole Book About That, Too? | Dillsburg Area Public Library

There’s A Whole Book About That, Too? 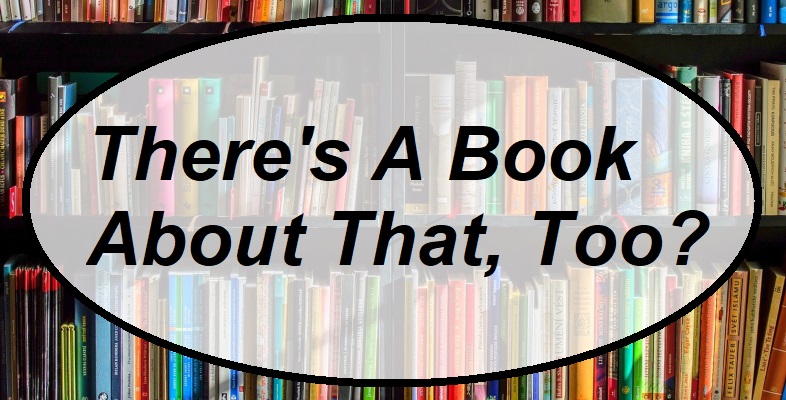 I read Craig Magee’s take on unique book titles and found it rather interesting. Consider this a companion piece, based on my decade and a half in public libraries. If you haven’t read Craig’s thought, do so. It’s worth the effort.

As a reference librarian, I’ve been asked for books and resources on a lot of topics over the years. There are books written about pretty much everything. Many are written by experts for other experts. They simply aren’t written to interest the average person. I suspect some of these are titles are among those that occasional make it into a library and seem out of place.

Some strangely titled books or topics are intended for a mass audience. Sometimes odd sells. There is an entire episode of the 1990s sitcom Seinfeld about a coffee table book about coffee tables.

An award, the Diagram Prize for Oddest Book Title of the Year, is given to such strange and unusual titles. Probably the most well known of these is 1992 winner, How to Avoid Huge Ships by John Trimmer. It’s a book about piloting small water craft safely around larger vessels. It also has over 1400 reviews on Amazon, where only a single copy is for sale for $299. It’s also available at a several dozen libraries worldwide, including (maybe not surprisingly) the United States Naval, Coast Guard, and Merchant Marine academies.

One of the 2020 finalists is actually a book we have a Dillsburg. I don’t remember where I first saw Lawnmowers: An Illustrated History, but it seemed unique enough to put on our shelves.

Possibly my favorite oddly titled book I have come across  is from my days at a library in Lancaster County. I remember thinking at the time it was a rather unique title for a public library: Uncommon Warriors: 200 Years of the Most Unusual American Naval Vessels. It’s a look at ships the US Navy calls “miscellaneous auxiliaries” and the even more dreadful “unclassified miscellaneous.” These are for the ships that don’t fit neatly into other categories. Yes, I did read it.

There is (almost) a book for everything and certainly for everyone. Sometimes you just have to look for it.