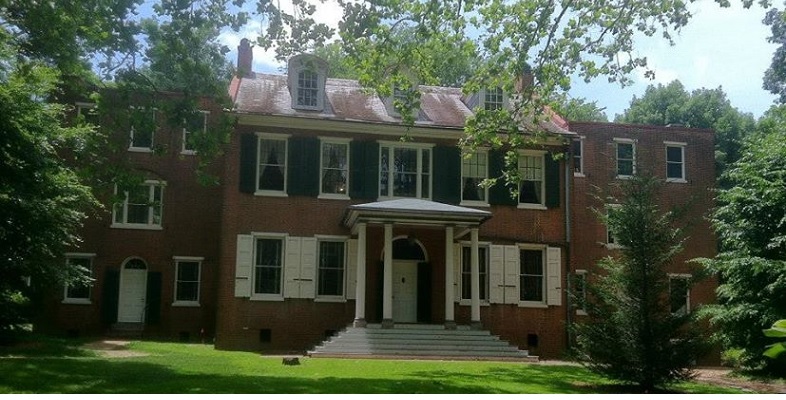 Happy President’s Day! Central Pennsylvania has connections to many US presidents. I’m sure most at least passed through the area at one time or another and its pretty likely that George Washington slept somewhere around here. (Jim McClure compiled this partial list of presidential visits in York County in 2009).

Two Presidents made this area their home during some point in their lives: Dwight Eisenhower and James Buchanan. Eisenhower bought a farm outside of Gettysburg after he retired from the military and resided their during his presidency. His home is now a national historic site operated by the National Park Service.

During his recovery from a heart attack, then President Eisenhower used a room in the the Gettysburg Post Office as an office. The old Post Office, built in 1913, has been the home of the Adams County Library System since 1992. (I was fortunate enough to work in that building when I first started in public libraries).

Buchanan, the only bachelor President, was born in Franklin County and spent the majority of his life in Lancaster. His residence there, Wheatland, is owned and operated by LancasterHistory. His birthplace in Cove Gap is now a state park. Buchanan is the only President usually considered to be from Pennsylvania. Eisenhower is from Kansas and Joe Biden, although born in Scranton, is normally associated with Delaware.

The Dillsburg Area Public Library and York County Libraries have many resources to help you learn about our nation’s chief executives. My favorite Presidential book is Going Home to Glory: A Memoir of Life with Dwight D. Eisenhower, 1961-1969 by David Eisenhower with Julie Nixon Eisenhower. This book is the story of our 34th President’s years after leaving office as seen by his grandson. It’s an interesting look at the life of a former President and how he spent his retirement.

So enjoy your President’s Day and keep reading!