Where We've Been, or Our History Till Now - Dillsburg Area Public Library

Where We’ve Been, or Our History Till Now 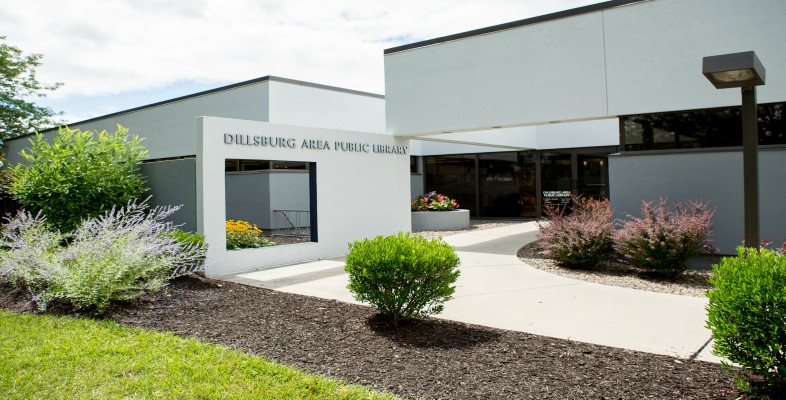 If you walk into the Dillsburg Area Public Library today, you walk into a beautiful, modern 5,000 sq. ft. facility complete with all the bells and whistles of a modern public library. Like any good thing, this did not happen overnight. It took a lot of hard work from a lot of individuals and organizations over the past six decades. To know where you are going, you have to know where you’ve been. This is where we have been:

The beginnings of the Dillsburg Area Public Library started with Dr. Martha Logan Bailey in 1953. That summer, Dr. Bailey hosted a story hour in her office at 27 North Baltimore Street. In the fall, a space for the small collection of 300 items was found in the Community Building. The library moved often in its early days: to 8 East York St. in 1956, to 4 North Second Street in 1963, to the Gasswint Building on the Square in 1970, where it housed a 6,000 book collection. In 1986, the library relocated to 17 South Baltimore Street, staying there for the next three decades. In the summer of 2016, the most recent move opened the current facility at 204 Mumper Lane after years of searching for a new and more modern space.

The library was operated solely under the auspices of the Dillsburg Women’s Club from its founding in 1953 to its incorporation as a separate non-profit corporation in 1965. The Dillsburg Area Public Library became a charter member of the York County Library System (now York County Libraries) in 1974. Although the incorporation as a non-profit allowed the Dillsburg Area Public Library access to extension service from Martin Library in York, the creation of the county-wide library system opened new doors for expanded services and funding. Although initially run solely by volunteers, the need for paid staff led to the hiring of the first employee in 1975. After an absence of several years, a Friends of the Library group formed in 2016 to raise funds to support the library.

Currently, the Dillsburg Area Public Library serves 20,000 residents of 7 municipalities in the northern York County. The library saw nearly 80,000 items circulated in 2016, a number that will soon be eclipsed after the first first full calendar year on Mumper Lane in 2017. Leadership is provided by an 11 member Board of Trustees, while daily operations are conducted by a staff of 7 employees and dozens of volunteers. Financial support is provided by generous individuals and community groups, as well as appropriations from municipal, county, and state governments.

If our six decades of community service is an indication, the Dillsburg Area Public Library is well positioned for the future. We will continue to meet the educational, cultural, and entertainment needs of its constituents with relevant material, knowledgeable staff, current technology, and quality programs and events. As a member of and partner with York County Libraries, we will continue to provide access to the collections of other libraries across York County and to a collection of useful and up-to-date electronic resources on a recently redesigned website (yorklibraries.org). With an understanding of our past and a deep appreciation of the hard work of many, we are looking forward to a bright tomorrow.