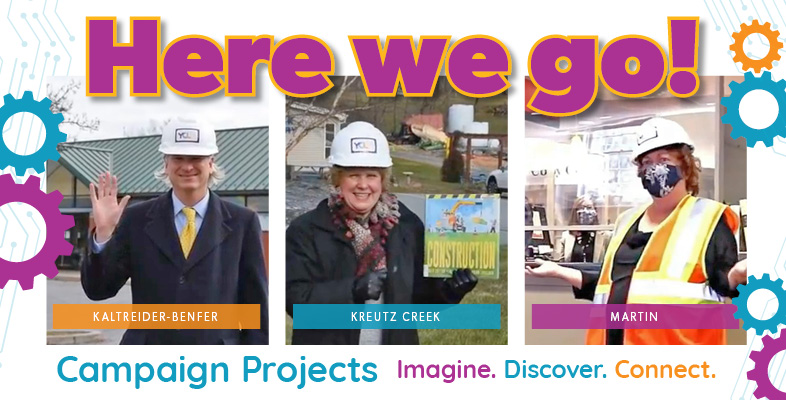 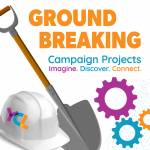 A recent groundbreaking ceremony signaled the start of construction for three York County Libraries. They include Kreutz Creek Library in Hellam, Kaltreider-Benfer Library in Red Lion, and Martin Library in downtown York.  All are slated to undergo major changes to meet the service needs of York County residents.

Library leaders, campaign volunteers, donors, and community members gathered online for York County Libraries’ first-ever digital groundbreaking ceremony.  YCL President Robert F. Lambert told the audience, “It is with heartfelt gratitude that today we are taking this monumental step towards building our community envisioned libraries and the 21st century library service York Countians deserve.  I am proud to announce that we have reached our local fundraising goal of five million dollars.”

“We have our virtual groundbreaking shovels in hand and we’re ready to make the dirt fly and this project a reality,” said Jody Keller during the ceremony.  “It’s been over three years since our planning began and now, we’re ready for the fun to begin.”  According to Bill Shipley, 2021 will be a time of evolution and change, building library spaces as safe spaces to gather learn and grow for everyone in York County.

Local firm, Warehaus York, is reimagining and designing the new library spaces and Kinsley Construction, Inc. is delivering the finished libraries.  Two of the projects are currently underway, with the third finalizing its designs.

Here is a snapshot of what’s happening:

Kreutz Creek Library is moving from its home of 42 years, a 1,200 square foot double-wide FEMA trailer, to the former Hellam Township building.  The 8,800 square foot structure will provide this busy library with more than seven times its current space.  Internal demolition is completed and renovation is underway at the site.

The construction crew is ready to mobilize and start demolition in the lower level at Martin Library.  Working in stages, the library is renovating and revitalizing several levels of its building, adding some new services, and creating a customer-centric experience.  Of note, new technologies and career opportunity growth will be part of the future teen forum on the second floor.

Kaltreider-Benfer Library is expanding to provide additional resources and programming for the community.  Currently in the design review stage, the library’s upcoming construction will include a centrally located member service desk, and dedicated service areas for children and teens.

If you missed the groundbreaking premiere and want to learn more about the projects,  it is not too late.  Click here to watch the event!