Celebrate Pride Month at the Library 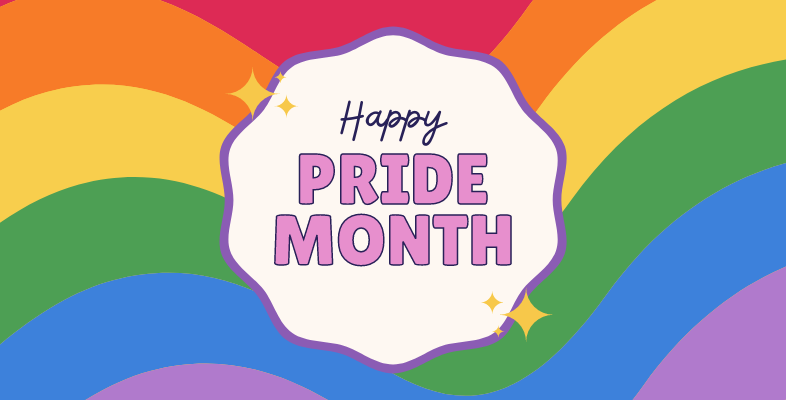 June is Pride Month. On June 28th, 1969, the police attempted to conduct a raid on a New York City gay bar named the Stonewall Inn, a name that would become emblematic of the gay rights movement and a rallying cry for gay, lesbian, bisexual, transgender, and queer people worldwide in the intervening years. When Marsha P. Johnson chose to fight back against police oppression the world of LGBTQ rights would forever change, the balance now shifting to one of momentum on behalf of the gay community. Over the next fifty-three years the month of protest has morphed into one of celebration, though always vigilant to the possible need to protest to maintain those rights.

Explore the books and resources below and celebrate Pride Month with us!

Visit the Children’s Department to browse our Pride Month book display, or check out the full list here! 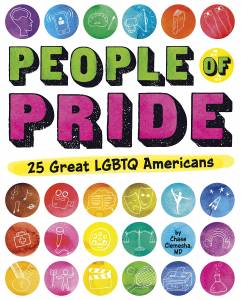 The classic picture book And Tango Makes Three by Justin Richardson and Peter Parnell, tells the true story of two male penguins who fall in love and raise their baby, Tango, together. 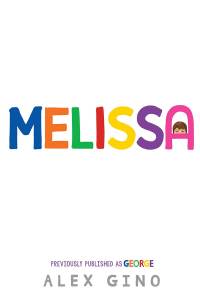 Melissa by Alex Gino is an award-winning novel that tells the story of George, a transgender girl who is not yet out to her classmates.

If  you’ve already read Melissa, check out the sequel, Rick, about a boy discovering his own identity.

It is so important for young people to see themselves represented in the media they consume and to keep exploring new and different perspectives.

For Pride Month, we’ve put together a list of YA books featuring queer representation, which you can explore on the shelf below:

LGBTQ Books in the Adult Department

To celebrate Pride, we wish to highlight items in the York County collection that are pertinent for the queer community, with an emphasis on Own Voices.

Out in Central Pennsylvania seeks to examine and place the struggles and challenges faced by LGBTQ central Pennsylvanians, and lends local color and expertise, as the book is published by Penn State University’s press.

Almost immediately considered a modern classic, Garth Greenwell’s What Belongs to You is the story of an unnamed American English teacher conducting a dangerous affair with a Bulgarian in Sophia.

Torri Peters’ Detransition Baby is the story of three women, trans and cisgender, whose lives are upended by an unexpected pregnancy that forces them to confront their notions concerning gender, family, motherhood, and marriage.

Christopher Bollen’s A Beautiful Crime is a queer re-imagining of a Patricia Highsmith novel set in Venice, itself a radically queer statement considering that Highsmith herself was queer. In the novel we meet Clay and Nick, two millennial gay men who have cooked up quite a scheme in the heat of Venice, but will their plan work out?

Considered one of the first gay literary classics, John Rechy’s City of Night so swept the art world in 1963 that The Doors’ notoriously literate front man Jim Morrison roared its title as the chorus line (of sorts) during their song “L.A. Woman” as it was whispered about in cocktail parties from New York to Los Angeles and London.

Robert D. Jones had been blogging from a queer person-of-color’s perspective for nearly a decade under the pen name “Son of Baldwin” when he made his literary debut with his powerful exploration of gay love between slaves on a southern Plantation in his seminal The Prophets, short-listed for the National Book Award just this past year.

If a novel set and grounded in the infamous documentary “Paris is Burning,” on the 80s and 90s New York City ballroom scene, sounds enticing then check out Joseph Cassara’s The House of Impossible Beauties.

Mike Chen’s We Could Be Heroes made a splash as one of the most highly anticipated science fiction and fantasy novels of 2021 according to CNN, Goodreads, and Lithub Bookmarks, and follows the stories of Jamie and Zoe, each in search of not only their pasts but their sense of identity and belonging.

Sam J. Miller’s The Blade Between is a modern queer ghost story. Ronan Szepessy returns to his hometown of Hudson, New York with a great deal of dread, only to find rampant gentrification and over-zealous property developers tearing the town apart. And the spirits of the earth are also very unhappy.

Guncle—gay uncle—Patrick loves visits with his niece and nephew, whether their annual visit to Palm Springs or his yearly visit home for the holidays, but when tragedy strikes the former sitcom star discovers that there is much more to raising children than his previous experience may have supplied. Check it out Guncle for a fabulous beach read, also available on Axis360.

The Seven Husbands of Evelyn Hugo is the story of a bisexual Hollywood star, reclusive and retired, who summons a reporter to her luxurious apartment to reveal the secrets of her glamorous and fabulous life. This novel is available on Axis360.

Stay in the Know!

Check out our June Newsletter.

For a more book recommendations and a list of local LGBTQ resources, check out YCL’s Pride post!

Stop by and see us at Hanover’s Pride Fest, on June 25th at Moul Field.

Sign up for Summer Quest and take a look at our Events Calendar to fill your summer schedule.