Two Months in the Valley 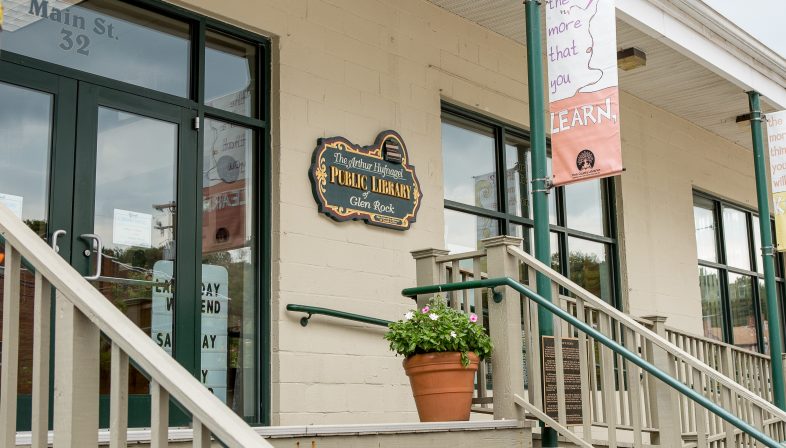 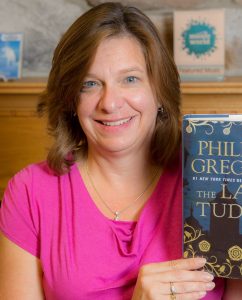 After 27 years as a public school educator, I retired.  On September 11, 2017, I began a new chapter in my life.   Before accepting the position of Library Director at Arthur Hufnagel Public Library, my experience with Glen Rock was limited. I would pass through the town to get to my uncle’s home on the south side.  I knew they had a train display and carolers at the holidays.  I even saw the movie “Gettysburg” at the Glen Rock movie theater.  While doing some research for my interview, I learned that the community was divided over “Taps.”  So I had to ask myself would I be able to fit into this community?

My first week, I had to come to terms with Verizon that we just were not going to connect in the valley.  Then, I realized that my friend Abby lived in the parsonage at Immanuel UMC on Church Street.  Her little boy attends the Good Shepherd Daycare which visited every week.  After paying the church a visit, I ventured to the Ruins Park.  To my surprise, that is actually what it is, the ruins of an old factory that had been re-purposed as a place for music and the arts.  What an awesome idea.  Right across the street, lives the town’s flock of ducks which by the way is extremely famous with the 5 and under crowd. Oh the post office is up the hill on Church Street. I advise you drive to it.  Walking up Church Street is not for the out of shape as I found out the hard way.   As the week came to a close, I realized I had much to learn.  But, I said to myself, “You got this.”

The weeks that followed I watched and observed the comings and goings of the library.  I realized fast that this was not just a library.  Every town has that place where everyone knows your name.  It usually is a bar or a diner but in Glen Rock Arthur Hufnagel Public Library fills that void.  People visit for various reasons and not always for the books.  Some stopped for a quick chat with Lara or Nicole, or to pick up a DVD for the evening.  A regular group of residents came to use the computers and printer.  It seems that the library is the only place locally to get copies, FAX, or print out anything.  Even though the teens don’t come inside, they sit around the parking lot using the WiFi.  I talked to a few of them one day; I think they thought I was going to yell at them.  When I offered my hand, they did not know what to do.  I invited them to come inside when the weather changes.  Only time will tell on that one.  As the regular patrons stopped to pick up their books, I realize that this community has a lot of readers. I have enjoyed meeting them and helping them get the resources they need and hope to continue helping them.

October has been a whirlwind. The board launched the annual campaign drive in the mists of the Taste of the Valley planning.  Now, my head was spinning.  Oh don’t forget York County Libraries was re-branding at the same time.  Everything old is new again.   Did I say, you can get a new library card and yes a new number?  Where was I?  The Annual Campaign.  Only a few weeks since the letter was sent and my hand is cramped from writing all of the Thank You letters, with the new logo and tag line.  What an example of “Small but Mighty” that the Glen Rock and surrounding community represent.  I am touched by the out pouring of financial support for this small community library.  It really is that place where you can come and everyone will know your name.  So look for the coffee stand that is coming next month and new programs for all ages.  If you have no idea where this Small but Mighty library is, it is between the creek and the rail trail.  Oh, don’t forget the train passes by each day Thursday to Saturday.  So, stop by and check us out soon.  Don’t forget to check the times for they will be changing in December.