All About Chocolate! - York County Libraries

ChocolateFest (and All the Rest)

What do white beans, Peru, and mysteries have in common?

They are all major aspects of the story of one of the world’s most popular foods: chocolate! They are also all aspects of the novel The Chocolatier by Jan Moran, the historical romantic mystery that is the centerpiece of February programming at three York County Libraries.

RSVP now! Red Land, Dover, and Kreutz Creek Libraries will share a virtual author visit with The Chocolatier author Jan Moran at 7:00 pm on February 15th. Come in to the library for the live celebration, or join via Zoom from home! 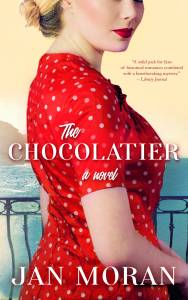 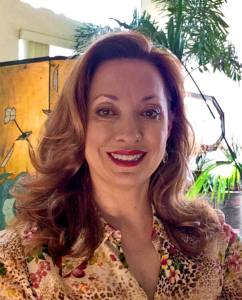 Support local businesses by checking out our own local chocolatiers: Fitzkee’s Candies and Anstine’s Candy! We’re hoping to welcome both to our libraries for visits soon. Both of these businesses are multi-generational (4th- and 3rd-generation respectively), just like the 2nd-generation chocolate shop run by the main character of The Chocolatier.  Visit the Events Calendar to stay updated on dates and times.

You won’t want to miss these sweet events!

Still wondering how the white beans and Peru fit into all this? To answer that question, let’s delve into how this bean of the cacao tree has enraptured humanity for thousands of years. The Aztecs even referred to it symbolically as yollotl, extli: heart, blood.

In the 1500s, Spanish conquistadors invaded several regions of Central and South America. When Captain Hernán Cortés encountered the Aztecs, he made short work of their leader, Montezuma. First, though, Montezuma opened Cortés’s eyes to an amazing food: cacao. The Aztecs used cacao beans as currency, and the elite drank the roasted ground beans as a beverage. The Europeans quickly changed its use from a stimulant to where it has remained for much of the world since: dessert.

The Aztec empire was located in present-day Mexico. The Incan empire, which grew their own prized strain of cacao, was in present-day Peru. But the Incans were, in time, also conquered by the Spanish. Soon, the precious cacao plant was transplanted to every rainforest climate possible. There they were harvested to meet the growing demand for chocolate. 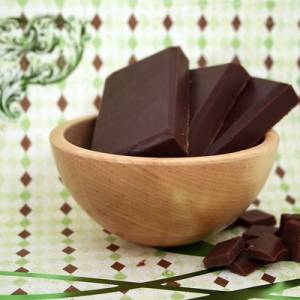 Although Europeans did shift chocolate’s use to sweets, it wouldn’t be until the late 1800s that techniques were available to make the melt-in-your-mouth chocolate bar as we know it today. These techniques included pressing out the cocoa butter, grinding the bean into a fine powder, and mixing the result with sweetened condensed milk to create a shelf-stable product.

Through the years, debates arose over which strain of cacao bean was the best, which method for growing and harvesting the beans was most ethical (spoiler: not the method that used slave labor), and which production process was the most successful.

The ethically-minded, such as the English Quakers and the American Milton Hershey, attempted to source their beans from fairly-treated farmers. The Quakers and Hershey additionally provided homes and life care for their workers.

Other companies were not always so conscientious. The Harkin-Engel Protocol, signed in 2001 by several major chocolate companies, continues to push all chocolate production to be fair-trade and child-labor free. (If you’re interested in researching the practices of any chocolate company, don’t hesitate to reach out to the reference librarian at your library. We’ve also linked the Harkin-Engel Protocol at the bottom of this blog.) 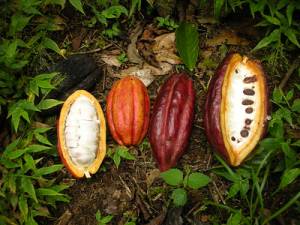 One debate still ongoing is which strain of bean is the best. While everyone has their own personal chocolate preferences, most connoisseurs agree that it is the elusive white cacao bean that produces the sweetest chocolate.

The Mesoamerican lineage of chocolate remains in our use of the term cacao, which refers to the plant, pod, and bean prior to processing. Once processed (fermented, roasted, hulled, and ground), we use the word chocolate. It originates with Aztec words borrowed by the Spanish invaders. They combined the Azted words for “hot,” chacau, and “drink,” kaa. Chacau–kaa.

Even today, cacao pods are hand-harvested. The farmers then slice open the pods and extract the beans from the pulp. Until the hull is removed, cacao beans’ color is a mystery. Most are purple, but occasionally white beans will be inside.

White cacao beans are prized for their particular sweetness. Until recently, it was believed that no tree existed that would produce only all-white beans. Stories of the white-bean cacao tree of Peru were said to be a myth.

The Chocolatier explores this historical mystery in its pages. The real-world scientific investigation is described in the book Chocolate by Kay Frydenborg. (A link is below under Further Reading.)

Another mystery still only partially solved is humanity’s millennia-long obsession with all things produced from the cacao tree. Just why do so many people love this food?

Perhaps it is the bean’s theobromine+caffeine hit—theobromine assuages some of caffeine’s averse side effects. Or maybe it is the phenylethylamine content, which is the same chemical produced in the brain when we fall in love.

What we do know is that there are over 600 chemical compounds in chocolate, from antioxidants (polyphenols) to mood boosters (serotonin and anandamide). And they’re all working together to ensure we have a grand old time taking part in hot cocoa, candy bars, cakes, brownies . . . or perhaps the Traditional French Wild Truffle Chocolate Confection. A recipe is included in every copy of The Chocolatier (https://york.chilipac.com/eg/opac/record/11592689)!

So check out your copy of The Chocolatier and mark your calendars for all the chocolate-themed events that are right around the corner, this month and across York County.

Read more about the history of chocolate with these two books (and many more) in YCL’s collection: