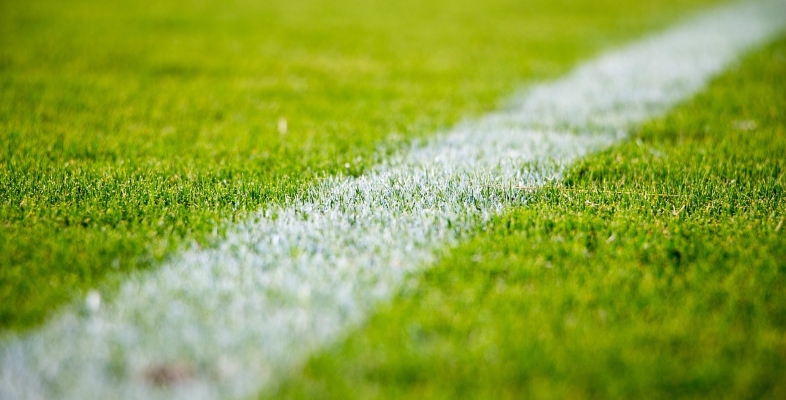 We’ve seen something of an increase in interest in the life of Olympian Jim Thorpe with the publication of Path Lit by Lighting by David Maraniss, which was as high as #2 on the New York Times Non-Fiction Bestseller List. Thorpe is generally considered one of the greatest athletes of the 20th century. Locally, he is known for attending the Carlisle Indian Industrial School at Carlisle Barracks and for making the football team one of the best in the country at the time. If the life of Thorpe strikes your fancy, we can direct you to a few other related books.

One of those is another very recent title on the Carlisle Indians football team: Imperial Gridiron: Manhood, Civilization, and Football at the Carlisle Indian Industrial School. The Dillsburg Area Public Library will be hosting one of this book’s co-authors, John Bloom, on January 28, 2023 at 1pm for an author talk.

Dr. Bloom is a professor of history at Shippensburg University. He has published a number of articles that explore the intersections between sports, race, and gender. These include To Show What an Indian Can Do: Sports at Indian Boarding Schools. and There You have It: The Life, Legacy, and Legend of Howard Cosell.

Other titles of interest on the Indian School, Jim Thorpe, and the football team that.we have at the Dillsburg Area Public Library include: 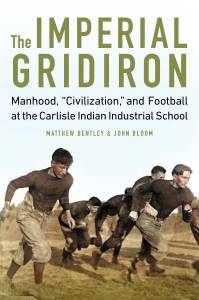 The Real All Americans: The Team That Changes a Game, a People, a Nation by Sally Jenkins (2007)

“A Very Correct Idea of Our School:” A Photographic History of the Carlisle Indian Industrial School by Kate Theimer (2018)

We also have a copy of Gridiron Gypsies: The Complete History of the Carlisle Indian School Football Team by Tom Benjey (also the author of Glorious Times: Adventures of the Craighead Naturalists) that is currently in process and will be on our shelves shortly at the Dillsburg Area Public Library.

There are other books within York County Libraries on Jim Thorpe and the Indian School football team. Probably the most notable is Carlisle Versus Army: Jim Thorpe, Dwight Eisenhower, Pop Warner, and the Forgotten Story of Football’s Greatest Battle by Lars Anderson.

Jim Thorpe and the Carlisle Indian Industrial School are still very topical today. In something of a publicity stunt, Jim Thorpe was buried in the 1950s in a town renamed after him. Although a lovely town, Jim Thorpe never visited Jim Thorpe, PA during his lifetime. There is a movement to have his remains returned to his home state of Oklahoma. Similarly, the remains of several native children have been repatriated.back to their homelands from the small cemetery at Carlisle Barracks.