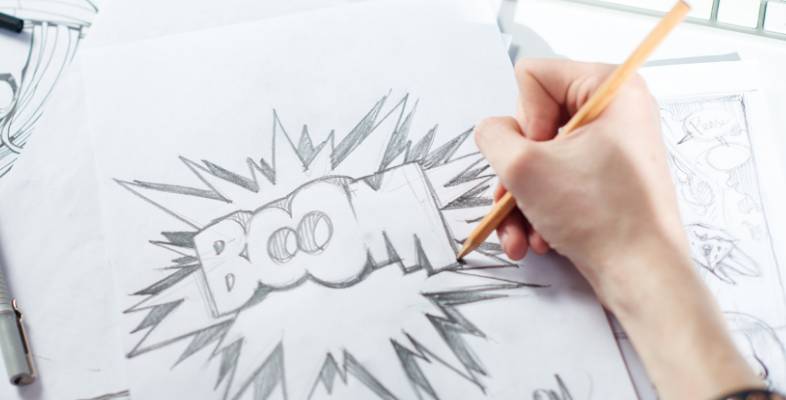 “I hear a lot of people say, ‘I’d love to work in the animation industry, but I can’t draw’ and the truth is you don’t have to,” says Netflix Animation Supervisor Mike Greenholt.  “We need people to plan schedules, manage budgets, set up workstations and screening rooms. Anyone who loves animation can be part of the action but not everyone is aware of the opportunities.”

Mike will share his career path from Adams County to Disney, Warner Bros. and Netflix from 6:30 to 8:30 p.m. Tuesday, July 27th on Zoom.  The free event is geared to teens, but open to all ages, as part of the York County Libraries and Adams County Library System SummerQuest program.  Registration is required.  Click here to sign up and get the link to attend!

Mike is a 1994 graduate of New Oxford High School and former Student Sun staff member for the Hanover Evening Sun.  In the Summer of 1997 before his senior year of college, Mike was one of 36 students nationwide that were accepted into the first and he says “sadly, the last” Disney Animation Boot Camp.   He trained for a month with some of the top Disney artists of the time.  He studied drawing, animation, storyboarding, character design, background design, movement and acting.  DreamWorks was new and competing for the best talent.  So, Disney started looking to recruit talent before graduation.  At the end of boot camp, two students were offered contracts provided they finished school.  “One couldn’t take it and then I got it,” recalls Mike. “It took a lot of pressure off my senior year.”

Following graduation from the Ringling College of Art and Design in 1998,  Mike started his animation career as a cleanup inbetweener at Walt Disney Animation Studios.  Over time, he advanced to the role of animation supervisor for DisneyToon Studios, Warner Bros. Animation, Disney Television Animation, and Netflix Animation Studios.  He’s worked as an animator and supervisor in both 2D traditional animation and CG animation on projects such as “Tarzan”, “Atlantis”, “Tinker Bell and the Legend of the NeverBeast”, and “Green Eggs and Ham”.   His recent projects include a Monster’s Inc. spin-off series “Monsters at Work” that just launched July 7th on Disney+ and an upcoming Netflix feature “Back to the Outback” that releases this November.  Mike will share clips from some of his work during the presentation.

Inside an Animation Studio

Walk into an animation studio and “you see lots of people drinking coffee and playing ping pong,” Mike says lightly.  “There’s lots of artwork on the wall, because as you are developing a movie, team members are drawing concepts of what the characters look like, the sets, and the lights.  Hundreds of people are coming up with as many ideas as they can – to get through the bad ones to get to the good ones – as fast as possible.  People often think of animators as working on their own, but really it is about teamwork.” 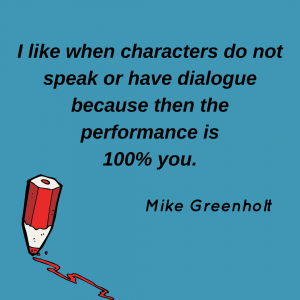 The voice is usually recorded before animation.  The team goes to work, figuring out the character’s expression. What is the pose?  What would the characters do between lines?  In some cases, they might fly, break through trees or walls. Does their walk work? Is there a story arc? Is the character going from closed to confident? “I like when characters do not speak or have dialogue, because then the performance is 100% you,” says Mike.

One Frame at a Time

Surprisingly, animation is still created one frame at a time whether you are working in 2D or CG animation.  On the computer, it is almost like working with puppets and you can pose them.  A character is rigged to move in certain ways and positions. Code can be written to do things like animate a wing on a fairy.  ‘In 2D, whatever you can imagine, you can draw, explains Mike.  “You can animate a project and think that what you produced is amazing.  And then you get a note that says, ‘this is fine but it’s not how I want to tell the story.’   That can be hard to understand as a younger animator, but with time, experience, and confidence, you think, ‘OK…I’ll try something different,’” he says.

“This is an incredible opportunity for teens to learn from someone who started where they are now and excelled in the field of his dreams.   Helping teens develop skills and connect with professionals to explore career opportunities is an important part of what we do,” says York County Libraries President Robert F. Lambert.  “We greatly appreciate Mike’s enthusiasm for sharing his knowledge, experiences and advice for getting started and working in animation.”

According to Robert, construction plans for Kreutz Creek Library, Kaltreider-Benfer Library, and Martin Library all include space specifically designed for teens.  Martin Library’s second floor will feature a recording studio and collaborative creative space. “Mike’s presentation is an outstanding example of the type of teen programming that will flourish when construction and renovation is completed at these three campaign project libraries,” adds Robert.