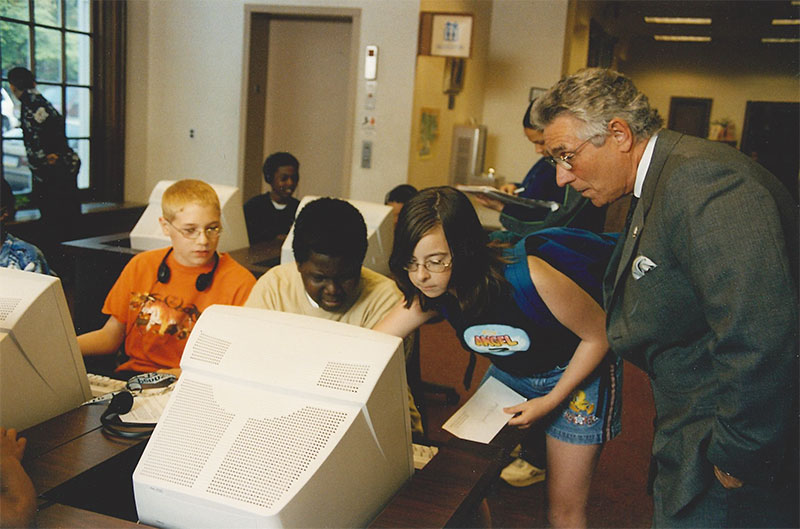 A Celebration of Libraries

The 2018 celebration marks the 60th anniversary of National Library Week- the first taking place in 1958. In the mid-1950s, research showed that Americans were spending less on books and more on radios, televisions and musical instruments. Concerned that Americans were reading less, the American Library Association and the American Book Publishers formed a nonprofit citizens organization called the National Book Committee in 1954. The committee’s goals were ambitious.  They ranged from “encouraging people to read in their increasing leisure time” to “improving incomes and health” and “developing strong and happy family life.” The committee developed a plan for National Library Week based on the idea that once people were motivated to read, they would support and use libraries.

In York County, the committee’s aspiration has come to fruition. Library users pass through our doors more than 1.2 million times a year, and over 217,000 York County residents have a library card. Collectively, these individuals borrowed more than 1.6 million library items in 2017, and used our public access computers and Wi-Fi connections more than 1.5 million times. The libraries serve as digital access points for York Countians living in rural areas and for those unable to afford personal computers or pay for internet access.

Youth services staff members provide programs using state educational standards to ignite a love of reading and learning in young children and empower parents as their children’s first teachers. Story time classes at York County Libraries provide preschool learning experiences to prepare children for kindergarten.   Teens engage in learning opportunities to grow their leadership skills and discover how they can make a positive difference in the world.