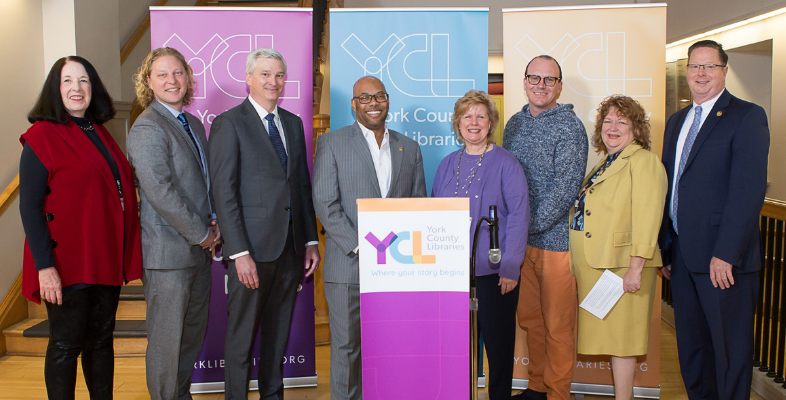 We’re landlocked in our facility – we can’t build up or out, but we can redesign how we use the space. – Robert F. Lambert, York County Libraries President

Key changes include improved community space and customer services areas, expanded teen space with digital media labs, and areas for STEM and robotics exploration for children. Energy efficiencies and historic preservation of the building are also part of the project.

rear. Glass and windows will line the two new sides of the building resulting in more natural lighting and improved lighting efficiencies. The 19-year-old structure will expand to 14,000 sq. ft. and will be renovated and repurposed during the construction phase. It will feature dedicated children and teen program spaces and an expanded open service area.

Robert’s listening tour during his first year as president in 2016 is what spurred the growth of these three libraries. He met with staff and community members at libraries countywide, and the needs quickly emerged. According to Robert, Kreutz Creek, Kaltreider, and Martin required expanded and enhanced facilities to better provide programs that are core to our mission of serving children, teens, and adults.

A team of community volunteers are rallying support for the project which includes matching dollars from state grants. Individuals wanting to learn more about the York County Libraries Imagine. Discover. Connect. campaign to transform lives and build community can go to campaign.yorklibraries.org.