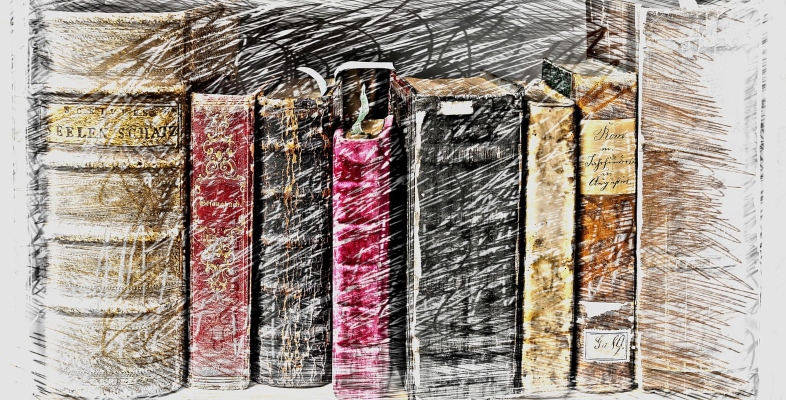 Here we are, already nearing the end of January 2022. The holiday season is in the rear-view mirror. The holiday triple threat of Thanksgiving, Christmas and New Years is months away. Who wants to even think about the holidays?

Me! We need more holidays. Fortunately, if you are book lover, you can find many literary special days on the calendar. After all, every day is somebody’s birthday, and among all the somebodies out there, your favorite author is one of them. In fact, in this extremely brief compendium of book-related celebrations, I begin with a birthday.

January 19, Edgar Allen Poe’s birthday. We begin as a demonstration of just how dedicated book lovers can be. For many decades, this date marked the appearance of the Poe Toaster at Poe’s grave in Baltimore. In the middle of the night, a masked man approached the grave, took a sip of cognac, then left the bottle along with three roses next to the gravestone. No one every ascertained the man’s identity — or more likely several men since the tradition lasted 80 years. The final appearance was in 2010; however, local interests have attempted to revive it as a tourist attraction.

January 25: Burns Night. Robert Burns was born on this day in 1759. That may seem like ancient history, but I promise you already know one of his poems: Auld Lang Syne, the traditional New Year song. Burns night does not include that work but rather involves the reading of lesser-known works. Among these: “Address to a Haggis”. Haggis is the main course of a traditional Burns Supper, the feast commemorating this day. To whet your appetite, consider that haggis is made from a sheep’s heart, liver, and lungs, then stuffed into the sheep’s stomach. Yum! Other delicious foods served on January 25 include neeps (mashed turnips) and sullen skink, a soup made from smoked fish.

February 9: Read in the Bathtub Day. You can look this up if want, but it is a thing. However, it strikes me as a bad idea. For one thing, paper and water do not mix well. And let’s not think at all about e-readers considering that water and electricity are even more of a risk.

April is National Poetry Month. Perhaps not by coincidence, the 23rd is widely considered Shakespeare birthday. In a bit of poetic coincidence, he also died on April 23. Poet T. S. Eliot, in his mostly incomprehensible yet still awe-inspiring work “The Waste Land”, called April the cruelest month.

June 16: Bloomsday. Speaking of incomprehensible, this day commemorates James Joyce’s Ulysses. The day is named for the book’s protagonist, Leopold Bloom, and June 16 is the date of the book’s plot. All of the plot: just that one day. And let me tell you: this book, despite being long and difficult does not have fans, it has fanatics. People dress up as the characters and walk the streets of Dublin, the book’s setting, trying to duplicate Bloom’s activities. They stage marathon readings of this massive tome (Dillsburg Library’s copy is 768 pages). There was once an attempt at tweeting the book although I am not certain how many tweets that would entail given the limits of how many characters are allowed. I was once an infrequent client of the James Joyce Pub in Berwyn IL, a Chicago suburb. I checked the place’s event calendar and nothing – nothing! – is scheduled for June 16. No wonder I was an infrequent client.

July 21: Hemingway’s birthday. In this brief space, I could not possibly list every famous writer’s birthday. This one is worth noting for a specific event: The Hemingway Look Alike

West Florida every year at this time. Yes, otherwise sane grown men compete to see which one most resembles this literary icon.

September: The International Agatha Christie Festival. This year it runs from 10 to 17 September. Unsurprisingly, it coincides with the mystery author 15 September birthday. It takes place in England; book your airplane tickets before the rush.

Well, that is just a brief taste, much like one’s first nibble of haggis, of what the literary calendar has in store. With a little research we could make every day a book holiday of some sort. Aside from the birthdays of the well-known, there are days honoring libraries and independent book shops. April is a month of poems, but November is devoted to novels. And we have said nothing about the many book festivals that pepper both the map and the calendar.