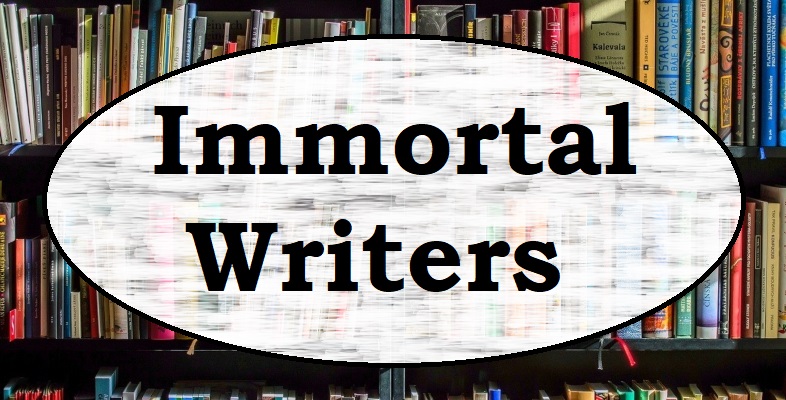 In the literary world, there are different types of immortality. Some characters (like Sherlock Holmes or Dracula) embed themselves into popular culture and become a permanent part of our book-loving landscape. A small number of writers, the ones college students are condemned to study in introductory literature courses, are so important that no critic, no English professor, no literary snob will ever permit them to fade, let alone die. Obviously, this is the realm of Shakespeare and an exceedingly small collection of lesser lights.

Then there are those who have become commercially immortal.  This group is, perhaps, even more exclusive than the arty Shakespeare group mentioned in the previous paragraph.  There is but one standard for this group: does the writer’s name generate sales?  If the answer is “yes”, then the writer is immortal – or at least as long-lived as the profit margin allows.

This might sound shallow. It most definitely is not intended as such. Commercial success is quite a high standard.  In this case, we are discussing commercial success that is so overwhelming that it extends beyond the real time life of the writer.  To put it another way, there are a few writers that sell enough books that the publishers will simply not permit the writer to die.  They will continue, somehow, to keep producing books well after they have passed.

The following is a sample of these immortal writers, those few who manage to keep the cash registers ringing well after they have passed.

I could make this list considerably longer especially if I decided to broaden the candidates into other areas of publishing.  The comic book world is populated almost exclusively by characters invented by one person then continued through the efforts of others.  Stan Lee (and, to be fair, a number of lesser known collaborators) invented an entire fictional universe of superheroes (the Marvel universe of Iron Man, Hulk, Thor, etc.) that live on via comic books, movies and TV shows.

And speaking of TV, the working model is such so that almost no creator expects to have a final say on a character’s life span.  One need only glance at the plethora of television remakes and reboots to see that characters often outlast their creators.

Al the better for us, the reading public.